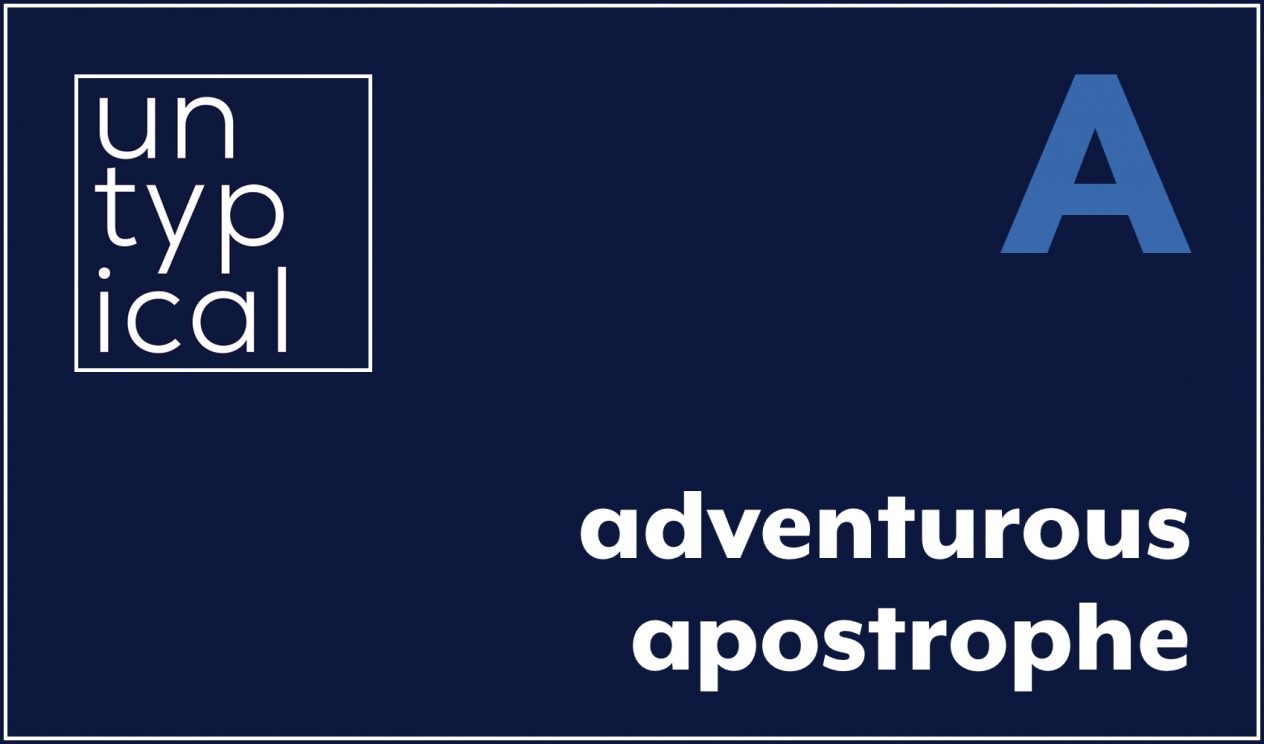 Our first A word – adventurous – is closely aligned with “creativity” and with two of the words I’ll introduce tomorrow.

Adventurous is defined in the Cambridge Online Dictionary as “willing to try new, unusual, and exciting things”. Isn’t this the absolute essence of what organisations need right now?

We have never seen anything like what we are going through at the moment and, in my mind, the last thing we need now is conservative thinking and an unadventurous approach to re-establishing our businesses.

To be truly innovative and creative, adventurousness is a must. How adventurous is your organisation prepared to be?

My second A word might seem to be an unusual one in the context of this Untypical Alphabet, but it shouldn’t be (he said, using an apostrophe!).

While there are exceptions to this rule, apostrophes overwhelmingly occur in negative words – can’t, won’t, don’t, shouldn’t, couldn’t, doesn’t – or, in some instances, words of regret – should’ve, could’ve, would’ve, might’ve, didn’t.

I think by now you will have noticed that at Untypical, we don’t like negative words very much. Rather than can’t, won’t, don’t, shouldn’t, couldn’t, didn’t, we’d much rather hear of people telling us what they can, will, do, should, could and did. We don’t want to hear about organisations that come back to us in a few months and say that that they could’ve, should’ve, might’ve or would’ve.

There will be times where an apostrophe in a word is important but, in our experience, those words limit your thinking and your ability to Transformaginate. Don’t let a pile of apostrophes get in the way of true transformation in your business.